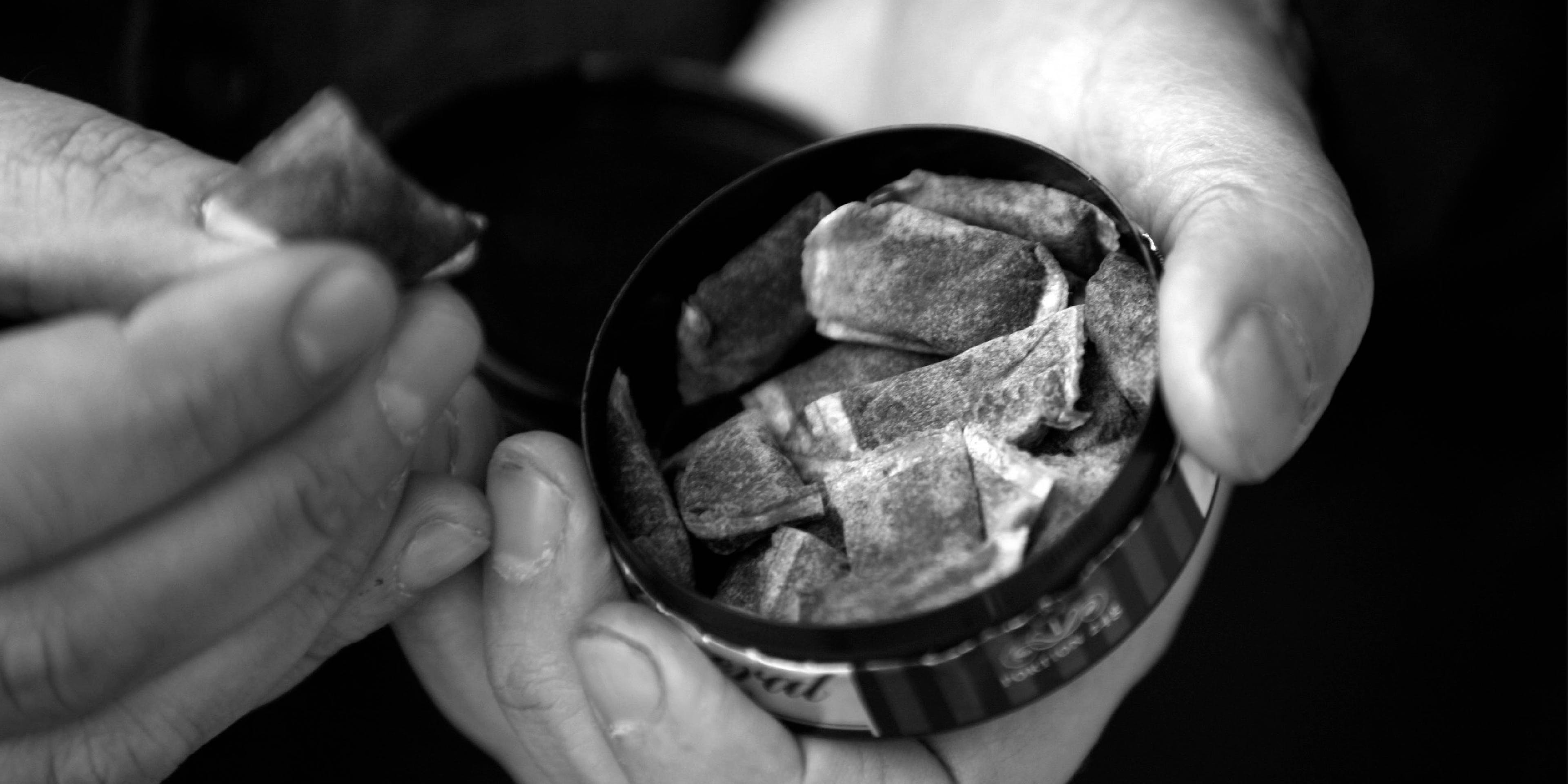 Recap: Snus was a ground tobacco product that was used during the 1800s for recreational and medicinal purposes.

Think back to the 1800s. What do you imagine people did for fun? For many, snuff was a popular pastime activity. This tobacco product was enjoyed by people of all ages and social classes.

In fact, popular TV Shows like Bridgerton, which was set in 1813 England, featured prominent lords and other elite members of the society using snuff occasionally to entertain themselves during conversations.

But that's just movies. So let's take a closer look at the history of snuff and find out how and what exactly it was used for back in the 1800s.

Snuff is a fine-grained tobacco product that is inhaled through the nose. It originated in the Americas and was introduced to Europe by Columbus in 1492.

The use of snuff can be traced back to ancient times. The Mayans and Aztecs used it in religious ceremonies, and the Native Americans used it for medicinal purposes.

In Europe, its popularity increased rapidly during the 16th century. By the mid-1700s, it had become a fashionable item among the European elite. At that time, snuff was usually taken by sniffing it up the nose or placing a pinch of snuff on the back of the hand and inhaling it.

During the Victorian era, snuff-taking became less popular in Europe but continued to be popular in Asia and Africa. In the United States, snuff remained popular until the early 20th century, when cigarettes replaced it as the preferred tobacco product.

Today Snuff has been replaced by a safer alternative known as Nicotine pouches. This new product gives the same effect that snuff gives, minus the harmful effects of tobacco. Its usage is also more discreet, allowing users to place a pouch behind their upper lip rather than the loud sniffing sound associated with traditional Snuff.

Back in the day, the ingredients of snuff varied by manufacturer. However, most brands contained tobacco, salt, and charcoal. Some also contained spices such as cloves, nutmeg, and menthol, which were added to give the snuff a more pleasant smell.

In the 1800s, snuff was made by hand-grinding the tobacco leaves into a fine powder. This powder was then placed in a cloth bag and left to age for several months. After aging, the powder was ready to be used

The cost of snuff varied depending on the quality and ingredients. However, it was generally affordable and could be bought for as little as a few pennies.

During the 1800s, snuff was used in a variety of ways. It was commonly used as a way to relieve boredom or to ward off hunger. In addition, many people used it to socialize with others, especially people among the upper class who often took it during conversations as a way to relax and open up to each other.

For example, it was not uncommon for men to take snuff breaks during business meetings or to share a snuffbox with friends while conversing.

Furthermore, snuff was also used medicinally. It was believed to have several health benefits, such as the ability to relieve headaches, clear sinuses, and even ward off colds and other illnesses. As a result, many people kept a snuffbox with them at all times, just in case they needed to take a quick sniff.

While snuff was most commonly used by men, there were also some women who enjoyed taking snuff. In fact, the Queen of Great Britain was known to be a fan of the substance. However, it was generally considered to be unladylike to take snuff in public. Hence, most women only did so in the privacy of their own homes.

The Decline of Snuff

By the late 1800s, the popularity of snuff began to decline. This was due to several factors, including the rise of smoking and the negative health effects associated with taking snuff.

Nowadays, snuff is not as popular as it once was. However, it is still used by some people as a way to relax or socialize. In addition, a small number of people still use it medicinally for its antiseptic properties

While Snuff has drastically declined in popularity over the years, its alternative Nicotine Pouches have been gaining popularity in the UK and other countries. This is because of the discreet nature of Nicotine Pouches and the fact that it has been deemed safer than Snuff and other tobacco products.

So if you've been using snuff in the past, why not give its alternative a try? Vont's Nicotine pouches will effectively satisfy your Snuff needs, and your overall health will thank you for it!